The graphs show changes in spending habits of people in the UK between 1971 and 2001. 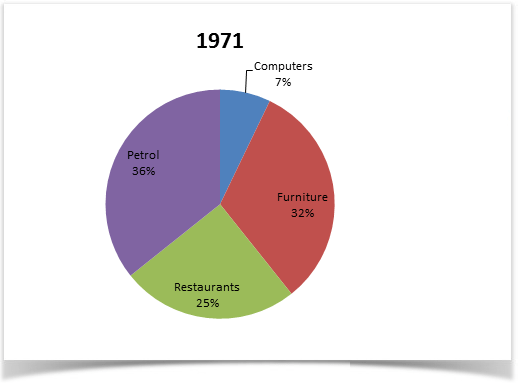 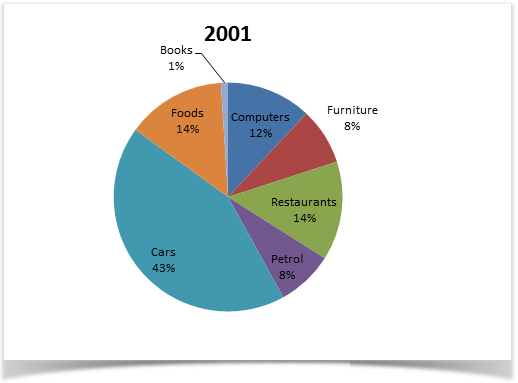 The pie charts compare the expenditure of people living in Britain on various items in the period between 1971 and 2001.

Overall, the most striking fact to emerge from the graphs is that petrol made up the largest percentage of expenditure in 1971 while cars accounted for the largest proportion thirty years later.

In detail, petrol and furniture, which represented the two biggest shares of expenditure in 1971 at 36% and 32% respectively, witnessed a significant decrease in their spending to just 8% each in 2001. Similarly, restaurants expenditure, which accounted for a quarter of all household spending, fell by more than 10% in 2001.

On the other hand, UK residents spent about twice on computers in 2001 than in 1971. Cars and food, which were not represented amongst household spending in 1971, made up the two largest expenditure in 2001 at 43% and 14% respectively. Finally, spending on books was insignificant with just 1% during that year.